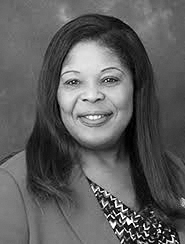 On November 8, 2016, Daphne Campbell was elected    as the first Haitian American to serve as a Florida State Senator. She was elected in the newly drawn Senate District 38, which is located in the northeastern portion of Miami Dade county from Miami Beach north to Golden Beach, just below the Broward county line and from just west of Interstate 95 all the way to the Atlantic Ocean on the east.

Prior to her election to the Florida Senate, she completed her third term as a member of the Florida State House Representatives, where she was elected in 2010. Senator Campbell is originally from Haiti and has been a Registered Nurse for over 30 years. Senator Campbell began her career in the public service due primarily to the many problems voiced by the members of her community, Daphne ran for office in 2010 and won the seat for District 108.

Since her election in Nov. 2010, Senator Campbell has accomplished many things both for her constituency in House District 108, Senate District 38 and for the entire State of Florida. She has helped pass several bills including: “Medical Malpractice”, “Affordable Housing”, and “Haitian American Nurses Awareness Week.”

Senator Campbell also acts as a powerful tool in her community helping hundreds of her constituents on a weekly basis in both her Miami Shores business office and her North Miami Beach District Office. Senator Campbell’s District offices have helped families reunite, helped prevent foreclosures, sent children to alternative schools, and most recently- helped provide the over 700 turkeys’ for Thanksgiving and to host Free Food Distribution Events on a quarterly basis for 1,000 needy families or more in her district. She enjoys spending time with her children, reading, and doing volunteer work.

Senator Campbell is an extremely active voice and strong advocate for people who lack the ability to care or speak for themselves due to their physical and/or mental disabilities.  True to the values of empathy and service that her mother instilled in her, Daphne has been and continue to be very active in several community and charity organizations including but not limited to the Florida Nurses Corporation (Bd. of Directors), Black National Nurses Association (Legislative Committee) and Unified Consulting Services Corporation (Bd. of Directors). Since 1990, she has been working closely with different food banks, community organizations, and churches and assisting underprivileged Multi-Ethnic parents with their children by helping financially, physically and emotionally. In 2009, Daphne joined the Young Democrat Political Leaders, Democratic Executive Committee Party, participated in the Nomi Kids & Democracy Political Election Week for the Students in North Miami’s elementary schools, middle schools, charter schools and high schools and participated in the grand opening of Overtown Youth Center’s Clinic as a volunteer registered nurse. She is an active member of Citizens Coalition for Miami Dade Public School, PTA and PTSA. It is a truism that an extraordinary leader must first be an extraordinary servant.  Accordingly, through her experiences as a mother, wife, critical care registered nurse, businesswoman, community leader and community advocate, Daphne possesses the extraordinary leadership qualities required to rebuild, restore, empower and inspire Senate District 38 to be the successful community that it will be.  She has been and continues to zealously and tenaciously be the voice for all people.

To conclude, Representative is a hardworking woman who has a wide range of skills she has brought with her into office. She is a mother, a nurse, a politician, and most importantly a VOICE FOR THE VOICELESS.