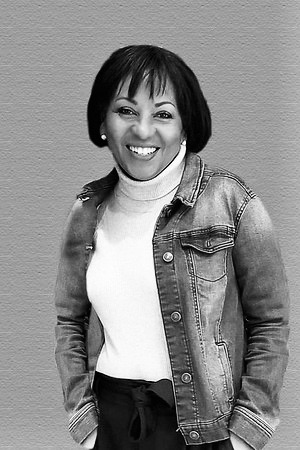 Dominique Telson is a producer and SVP of Development and Production at Astute Films, LLC, the privately-funded motion picture financing and production company based in Los Angeles. The first project produced by Telson under the Astute Films banner was The Best of Enemies, starring Academy Award-nominee Taraji P. Henson and Academy Award-winner Sam Rockwell, which was  released in the US by STX Entertainment on April 5, 2019. Next, Ms. Telson developed and produced the film Never Too Late!, which is currently in post production.  The comedy features an all-star cast led by Academy Award-winner Ellen Burstyn and Academy Award-nominee James Caan, Academy Award winner Ann-Margret and Emmy winner Loretta Devine.

Telson is also producer on two films with award winning producer Darren Dean – PREMATURE directed by Rashaad Ernesto Green, premiering at the 2019 Sundance Film Festival, and Short History of the Long Road directed by Ani-Simon Kennedy and an official premiere at the 2019 Tribeca film festival.

On the television side, in 2017 Telson was Executive producer for the series Fifth Ward for Bob Johnson’s UMC network and the series quickly became the number one rated show on the network. UMC has ordered two more seasons of the hit show starring Mya, Carl Anthony Payne, Gary Sturgis and Omar Gooding with Telson again as EP and Greg Carter returns as showrunner and director.

Prior to joining Astute Films in 2015, Telson served as a consultant for Canadian producers Chesler/Perlmutter Productions. She was instrumental in developing C/P’s “Holiday Films”, which were some of the most watched films on Hallmark Channel and Lifetime Movie Network including the record-breaking “Christmas Cure”, “Sound of Christmas” and “Merry Matrimony”.

Prior to being an independent producer, Telson was the longtime Vice President of Original Programming for Showtime Networks where she oversaw the development and production of various award-winning and critically acclaimed Original Movies and Series featuring top talent including Robert Redford, Jamie Foxx, Dustin Hoffman, Mimi Rogers, Bernadette Peters, Michael Clarke Duncan, Ally Sheedy, Ed Harris and Ryan Gosling among others. Danny Glover’s Daytime Emmy Nominated directorial debut “Just a Dream” was guided by Telson. She also dared to discover new talent like Brittany Murphy who appeared opposite Kirsten Dunst in Showtime’s “The Devil’s Arithmetic”. The film was produced by Telson and won Daytime Emmys for Outstanding Directing in a Children’s Special and Outstanding Writing in a Children’s Special.

Ever pioneering to create opportunities for minorities, Telson was instrumental in the creation of Showtime’s Black Filmmaker Showcase, which featured short films from several previously unknown filmmakers such as Malcolm Lee, director of breakout hit Girl’s Trip starring Tiffany Haddish.  In 2003, Telson received Multichannel News’ prestigious “Wonder Woman of the Year” award in recognition of her outstanding achievements as a leader in the television industry.

Telson’s wealth of industry experience and industry relationships make her a priceless part of the Astute team.