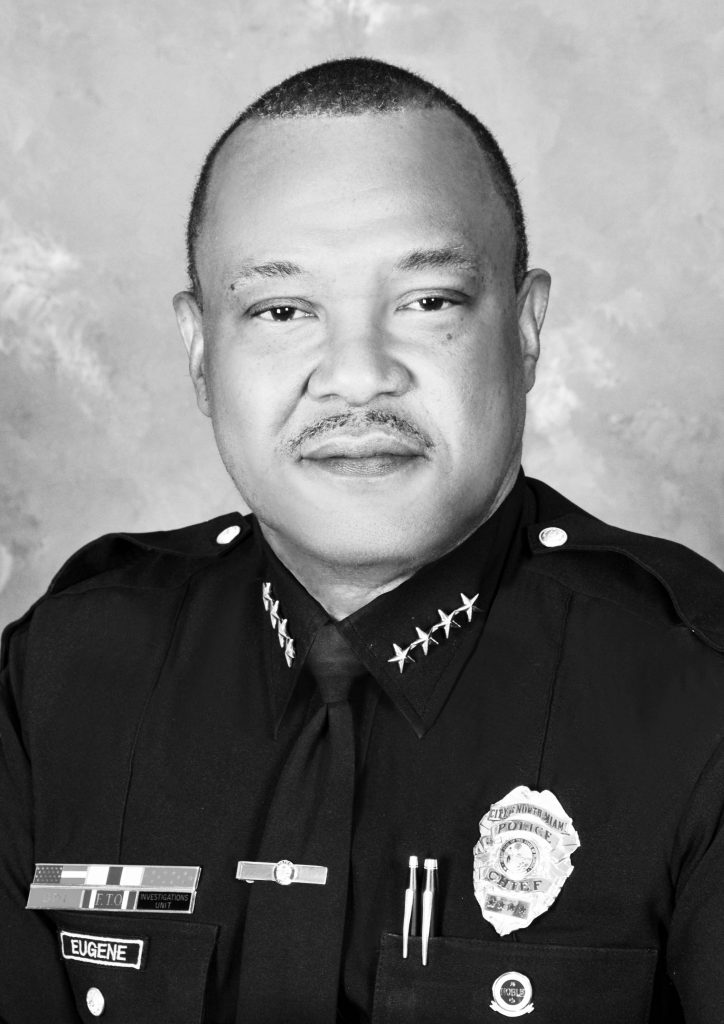 Gary C. Eugene is Chief of the North Miami Police Department. A 30-year law enforcement veteran, he began his law enforcement career with the City of Miami Police Department in 1985. He worked his way up the ranks becoming the first Haitian-born lieutenant in Miami P.D. in 1996, serving in the Little Haiti community.  Gary was appointed by former Governor of Florida Jeb Bush to the Governor’s Haiti Advisory Group as an advisor on police matters regarding the Haitian Government.  He has received numerous awards and commendations.

Chief Eugene holds a M.A. in Criminal Justice from Florida International University, a B.A. from Barry University, and an Associate’s Degree in Criminal Justice from Miami-Dade College.  Chief Eugene is an active member of numerous professional organizations, including the National Organization of Black Law Enforcement Executives (NOBLE), Miami-Dade County Association of Chiefs of Police and the Haitian American Professional Coalition.