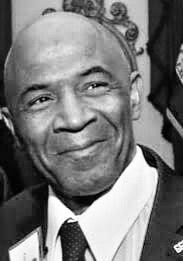 Gerard Cadet is a passionate Community Organizer whose long dedication to improving the life of the working class, and fighting for the voiceless, is unquestionable.

His leadership ability has been demonstrated thru over two decades of service as active, and reservist, in the United States Army. Ultimately serving as platoon Sergeant; and subsequently appointed to training Non-Commission Officers for his battalion and earning him several awards, accommodations, medals and recognitions.

Ironically he found his lifelong passion to be in the Food Sciences where he pursued a Nutrition/Culinary Arts Degree at Central Texas College; becoming the Catering Chef responsible for special events at S.U.N.Y Downstate Medical Center in New York City. There he witnessed gross unacceptable behaviors from management towards the workers, which catapulted his drive to cease injustices against his peers. Hence, the beginning of his labor movement engagement.

He joined employees in their struggles and organized them into proper self-representation, and Unionization, with 1199SEIU.

His noted philanthropy, acts of civil disobedience, and demands for protection are all historical.
Today, one cannot differentiate the Union person from the community person in Mr. Cadet. In his tenure he has led many negotiations which substantially improved the quality of life of 1199SEIU’s Members and their families, providing leadership, from New York City to Maryland/DC, Florida, and other fronts. Leading him to his current and longstanding position as one of the first Haitian elected to Office, Vice President,
in 1199SEIU, the largest National Union representing over 400,000 workers in 5 States and the District of Columbia.