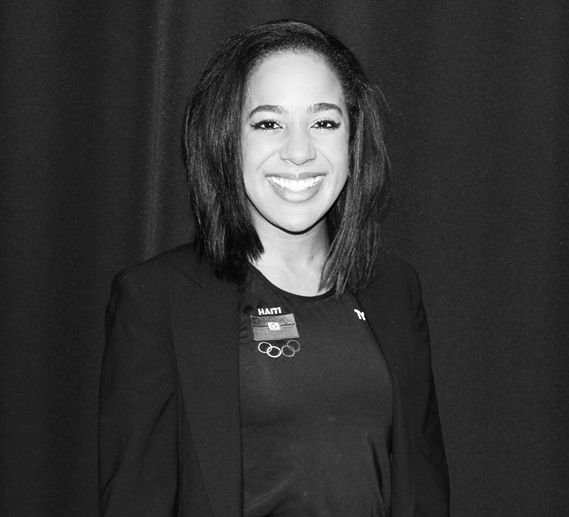 Naomy Grand’Pierre became Haiti’s first female Olympic swimmer when she swam the 50-meter freestyle at the 2016 Olympic Games in Rio. The 19-year-old was born in Montreal, Canada and raised in Atlanta by her Haitian parents. She is the oldest of five children.  She began swimming competitively at the age 10 for her club team, the City of Atlanta Dolphins. She was recruited to swim for the University of Chicago in 2015 where she is currently a second-year psychology major.

Naomy started competing for Haiti in 2015 where she was a member of the first-ever Haitian swim team which competed at the CISC Championships in 2016. After her participation in the Olympics, Naomy has been working on raising awareness and increasing participation in swimming in Haiti. She has helped recruit seven new members to the national team and formed the first ever Haitian Youth Swim Team to compete at the CARIFTA Games in 2017.