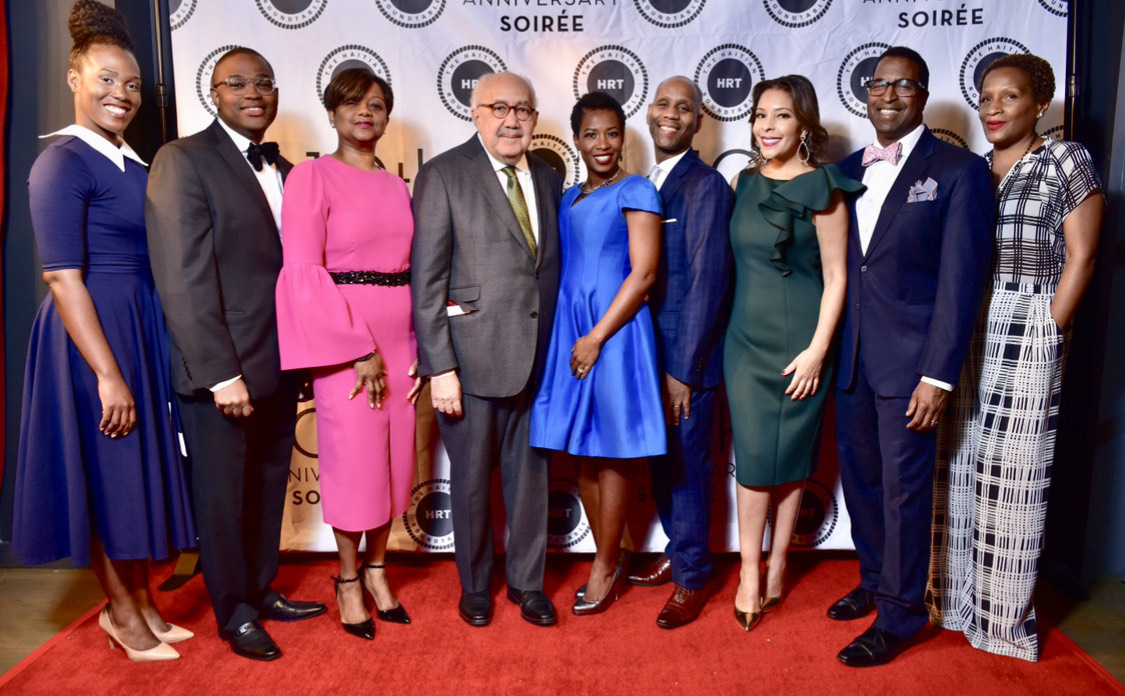 The Haitian Roundtable (“HRT”), founded in 2008, is a not-for-profit organization of Haitian-American professionals committed to civic engagement and strategic initiatives benefiting the Haitian community. The organization seeks to heighten awareness of Haitians as an important constituency among thought leaders and newsmakers, policymakers and institutions through partnerships, programs and events recognizing Haitian excellence. HRT is committed to working collaboratively with the goal of redefining the narrative about Haiti and Haitians. We are guided by our Motto: As Haitians, We Are The Keepers of Our Legacy.

Shortly after the tragic earthquake of January 12, 2010, the Haitian Roundtable was one of the first organizations in the Northeast to respond by sponsoring the New Yorkers for Haiti benefit which raised $250,000 for relief efforts led by the US Fund for UNICEF on behalf of Haiti’s children.

HRT was the only not-for-profit organization to partner with Macy’s and Fairwinds Trading in support of Haitian artisans to launch the Heart of Haiti Shops at Herald Square and in Washington, DC.

The Haitian Roundtable hosts the Haiti Dialogue Series which serves as a forum for discussing current and relevant topics affecting the Haitian community. The Series brings together distinguished thought leaders and accomplished practitioners for candid conversation on a variety of important issues.

The Haitian Roundtable regularly sponsors Kreyol Connection, a networking reception and after-work dance party for Haitian professionals and friends of Haiti. The events are held at elegant venues throughout New York City and co-hosted by a variety of high profile Haitian-Americans.

The Haitian Roundtable was an honoree at Radio Soleil’s 20th Anniversary Gala and several members of HRT were recognized by the Haitian Times as 13 Haitians To Watch in 2013 http://www.haitiantimes.com/13-haitians-to-watch-in-2013.

Architect and HRT Board member Rodney Leon was announced as the winner of an international competition to design a memorial that will be permanently on display at United Nations Headquarters in New York to honor victims of slavery and the transatlantic slave trade.