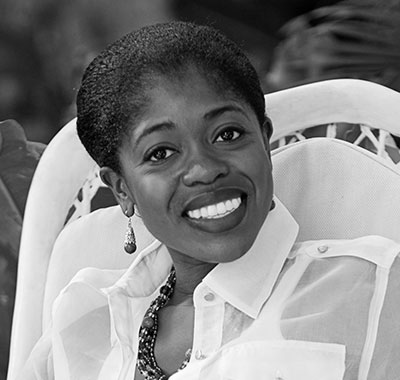 Dayanne Danier is the fashion designer behind the women’s contemporary ready to wear brand called Bien Abyé (means Well Dressed). The collection is a combination of French style that is sophisticated and chic with a Creole influence. The brand personifies a simple philosophy: to make women look fabulous at all times effortlessly in S7VEN. The brand stems from Danier’s Creole roots, and expresses the importance of looking stunning while embracing all aspects of one’s lifestyle. Inspired by the elaborate structures of Gingerbread house architecture and its ornate latticework design details, the collection is created using unique silhouettes, with a strong attention to detail and a kaleidoscope of colors. Through the Bien Abyé collection, Dayanne has developed a distinctive concept that allows women to shop for their wardrobe in a way that makes their life easier. Danier has presented the Bien Abyé collection in numerous cities throughout the United States. The line has been exhibited in fashion shows in Boston, New York, Washington DC, Atlanta, Miami, and Haiti. It’s distributed nationwide in retail stores in New York, Boston, Pittsburgh, and Dallas and online through the company website.

Before creating her own collection, Dayanne’s knowledge of the textile industry extends over a decade. Danier grew up in Massachusetts and attended Massachusetts College of Art where she obtained a Bachelor Degree in Fine Arts with a concentration in Fashion Design. Upon graduating she remained in Boston working for Blauer Manufacturing where she was first exposed to manufacturing garments in the United States. In 2002, Danier moved to Miami to work for Perry Ellis International as a designer for the Latin brand, Cubavera. While designing for Cubavera, the brand grossed $70 million dollars in revenue and grew to include additional brands within the Latin segment of Perry Ellis International. In late 2004, Danier moved back to the north east and settled in New York where she worked as a menswear knit designer for Phillips-Van Heusen (PVH). Dayanne designs have been manufactured in countries all around the world which include China, India, Bangladesh, Africa, Vietnam, and Korea.

While achieving career success with her expertise in the arts and fashion, Dayanne spends much of her time giving back to the community both in the United States and in Haiti. Danier worked on collaboration with Haitian artist, Patricia Brintle, on the “Rassamble” scarf that is incorporated in the Bien Abyé collection where the proceeds are donated to support activities in Haiti. She is the founder of the non-profit organization Fleur De Vie (means Flower of Life) whose mission is to support struggling organizations which focus on implementing positive change in their community in the areas of education, health, and environmental sustainability. The organization started initially with one school consisting of 120 students. It has grown to touch the lives of over 700 students in multiple schools in numerous areas of Haiti implementing projects focused on back to school (with an emphasis on health awareness), reading is fundamental, and teacher training.

Over the years, Dayanne has also traveled to Haiti to teach artisan members of sewing coops pattern drafting, construction, and quality control. She is a member of the Haitian Roundtable and has served as a panelist for the New York organization called Power Play which focuses on empowering young women. Danier is a recipient of the Mayor of New York Immigrant Women Leaders Fellowship 2015.