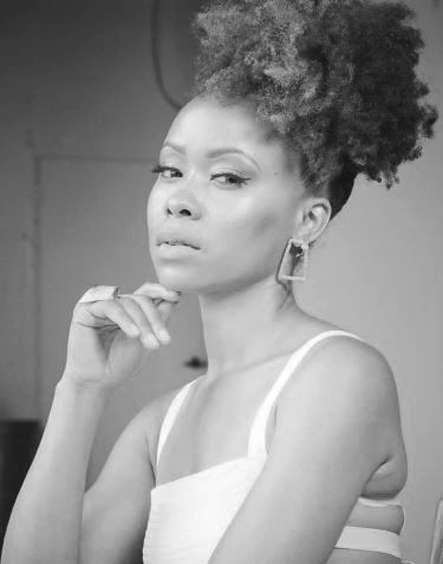 Demi Dabady, singer/songwriter and artist was born in Brooklyn N.Y. Writing songs since the tender age of 15. Demi is a truly a New Yorker, purpose driven-aware-artistic. Born and raised in Brooklyn, NY. It was in the summer of 2004, when New York based Radio Station Hot 97.1 blasted Demi Collaborated song with Def Jam recording Artist (at the time) Joe Buddens entitled “Jingle Baby”. Demi other collaborated work includes the soundtrack to Bill Cosby’s movie “Fat Albert” where once again Demi collaborated with Def Jam recording artist Joe Buddens and also worked alongside and featuring on the accomplished Jazz musician Alfonzo Blackwell’s album entitled “Sax you down”.  Also a former intern at Sony Music Entertainment where Demi worked in the TV & Film department further broadened her vision and interests in shaping our future generation of music lovers.

Demi Dabady collaborated with Wayne “Bud” Ramsay and formed FYREZONE; an entertainment company for and of the people. FYREZONE (Finding Your Rhythm thru Education) incorporates music and education all in an effort to inspire and encourage the creative development of particularly young people. On a mission to change the world one song at a time FYREZONE supports the work of schools by adding that creative element to the basics of instructional curriculums; setting a standard of discipline and excellence both in and out of the classroom,

Demi understands the importance of Education, Community Empowerment, and giving back. Demi has over 9 years of relevant experience in youth/community development, a Bachelors Degree in Communications and Business from St. Johns University, an Emerging Leader Certificate from PASE/Baruch school of Public Affairs, and a Masters Degree in Education from the College of New Rochelle School of Education. Demi speaks French Creole fluently and have been awarded several leadership awards, demonstrating that the high quality of her recognized work. As former Program Director for 7 years at Bushwick Community High Schools Learning-to-Work Program in Bushwick Brooklyn working with over-age, under-credited at-risk youth. Demi led one of the first New York City’s school-based learning initiatives through the support of her community-based organization. Demi has worked with several partners throughout the city and DOE program partners, including school leadership, to ensure high-quality implementation of our programs, events and to collaborate around meeting the needs of our young people. Demi is currently a middle school teacher in East, NY Brooklyn.

Demi received the Center for Urban Education Pace Liberty Partnership Award 2yrs in a row 1998-1999. That same year Demi was awarded the Junior Service Award from the United Hospital Fund. June 2000 the Council of Supervisors and Administrators of the City of New York Awarded Demi the Leadership Award for service in the community. In April 2002 St. Johns University inducted Demi into the “Alpha Mentoring Project” where Demi served as a mentor for incoming freshmen to the university. Never keeping her true passion far behind Demi was asked to sing at Adelphi University November 2009 for the late Cecil Watkins, the President and CEO of the National Pro-Am City Leagues Association; an organizations that develops players and referees for the NBA. Demi’s performance was covered by the Amsterdam News week of Nov  2009. Demi has support the work of organizers at Haiti Flag Day since 2014 to present and been awarded a 2018 NYC City Council Citation on behalf of council member Jumaane Williams. Demi’s love for music and people is transparent.