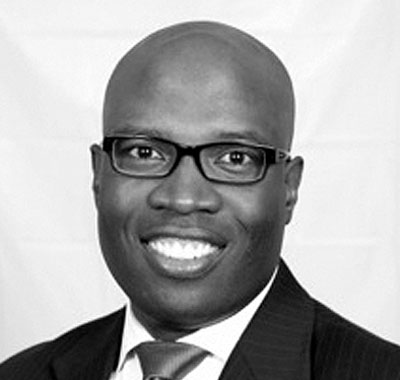 Jacques M. Léandre is the son of parents who migrated to the United States from Haiti in the early 1970’s.  Both his mother and father worked for Flushing General Hospital for more than 25 years and are proud members of 1199SEIU. Watching his mother and father take principal positions with their union to fight, and sometimes strike, for workplace fairness gave Léandre a profound appreciation for working families who labor hard and long just to subsist.  These experiences molded Léandre as he matriculated through Morehouse College in Atlanta, Georgia where he earned a Bachelors of Arts degree in finance and later earning a Juris Doctor degree from the CUNY School of Law at Queens College.

Upon graduating from law school in 1997, Léandre began his legal career in the criminal law field with the New York City Department of Correction and member of CWA Local 1180.  In his capacity as a Legal Coordinator for the Department of Correction, Léandre assisted adults and adolescents, who were being detained at Riker’s Island and the Brooklyn House of Detention, with legal research, trial preparation, post conviction appeals, and Habeas Corpus filing.

In 1999, Léandre commenced practicing civil law as a staff attorney for MFY Legal Services.  At MFY Legal Services, he coordinated the New Starts Initiative project whose primary purpose was to assist low-income women with legal issues while they attempted to transition from welfare to self-sufficiency.  Specifically, he represented numerous clients on a variety of poverty law issues by litigating housing, government benefits, and family law cases before administrative law judges and civil court judges.  After several years of practicing law in the public sector, Léandre accepted an in-house position with Travelers Indemnity Company where he supervised the litigation department.  Recently, Léandre opened a full service law boutique that specializes in Criminal Defense, Foreclosure Prevention, Family Law, Real Estate, Wills and Trusts.

While effectively utilizing his legal training in both the public and private sector, Léandre remains committed to his local community by volunteering in many civic and social organizations.  Léandre served as the Vice President of the Concerned Citizens of Laurelton where he championed numerous initiatives.  For instance, he has coordinated block associations in Southeast Queens, worked with elected officials to renovate the Laurelton Long Island Railroad Station (LIRR), and stopped a drug den disguised as a 24 hour “Mega Laundromat” on Merrick Blvd.

Currently, Léandre serves as the President of his childhood sports organization, the Rosedale Jets Football Association, where he facilitates the Rites of Passage Football Camp in Upstate New York.