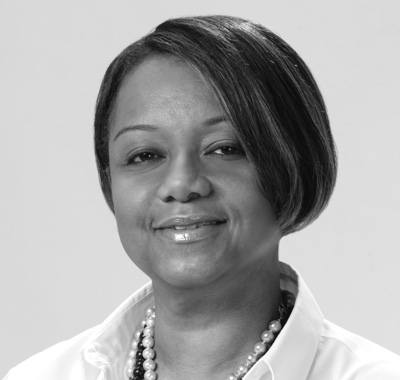 Kherlyn Veillard-Marcel has 20 years of experience in the non-profit budget management and reporting industry.  Currently, she works as a non-profit consultant assisting a variety of organizations with their finance and budget related matters. The bulk of her career was spent as the former Deputy Budget Director of the Open Society Institute, a private operating and grant-making foundation founded by investor and philanthropist George Soros.  In this capacity she had oversight of an annual budget of nearly $1 billion that includes a network of Soros Foundations, regional initiatives and domestic programs based in more than 60 countries in Europe, Asia, Africa, Latin America and the United States.

Through her work at the Open Society Institute, she has engaged in trainings and conferences across the globe, in such countries as; Czech Republic, Egypt, France, Guatemala, Haiti, Hungary, Portugal, Russia, Senegal, South Africa, Turkey and the United Kingdom.

In addition to serving on the executive board of the Haitian Roundtable, she is an Ambassador to the Council of Friends of Fokal, is a Special Advisor to Embarc.biz and is an executive board member of the Nassau County Chapter of Jack & Jill of America, Inc.

Mrs. Veillard-Marcel holds a degree in Accounting and attended Florida International University and is a graduate of the State University of New York College at Old Westbury.

She is a wife and devoted mother with a strong belief that parents must play an active and  pivotal role in their children’s education.