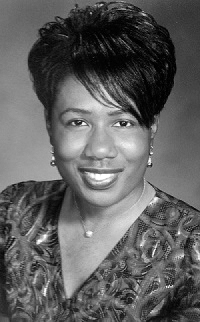 Born in Port-au-Prince, Haiti and migrated to the United States at an early age in the late1970s.   Magdalie Adolphe continued her education in the US from Junior High School through College. She attended the College of Staten Island where she received her Bachelor of Science degree in Accounting/Finance in December 1986.

In January 1987, Magdalie Adolphe secured a position at the New York City Housing Authority (NYCHA) in the Finance Department-Revenue Accounting Division as an Assistant Accountant.  Her responsibilities included internal auditing and financial reporting.  Her approach to new business challenges and problem-solving skills gained her a promotion in 1989 to a Staff Analyst position in the Finance Department-Operating Budget Division.  She gained valuable and extensive experience in budgetary administration.

In 1992, Magdalie Adolphe accepted an Associate Staff Analyst position in the Budget Department.  Her career path at NYCHA shifted from finance to information technology.  She was responsible for the automation of several budget processes.  This position exposed her to the various phases in systems development and implementation.  She implemented several multi-user applications for the department and trained departmental end-users while working on her master’s degree.  In 1997, she graduated from Brooklyn College with a Master of Arts degree in Accounting/Economics.

Magdalie’s career took another leap forward when she was promoted to Administrative Staff Analyst in the Information Technology Department, in 1999.  This position gave her the opportunity to apply her finance and accounting skills to systems implementations.  She continued to design and implement multi-user applications authority-wide while working on the request for a proposal for a new Integrated Financial System at NYCHA.

Recognized as a high-potential project team leader, in 2001, she was chosen to work on the implementation of an Integrated Financial System project as a Functional Team Leader for several system components.  In 2003, Magdalie Adolphe, along with other project team leaders, successfully implemented Oracle Financials at NYCHA.   Currently, Magdalie Adolphe is a Project Team Leader for the support and maintenance of Oracle Financials.

Magdalie Adolphe is an accomplished diversified professional with experience in budgetary administration, integrated financial systems implementation, production support, and business process re-engineering.  In 2007, she was congratulated in the NYCHA Employee Bulletin on the development of custom designed software that facilitates the electronic funds transfer of NYCHA’s rent payments to Section 8 landlords.  Magdalie’s strong foundation in accounting and finance complement her functional and technical capabilities in information technology.  She is a problem-solver who tackles each new challenge with an energetic intensity for innovation and creativity.