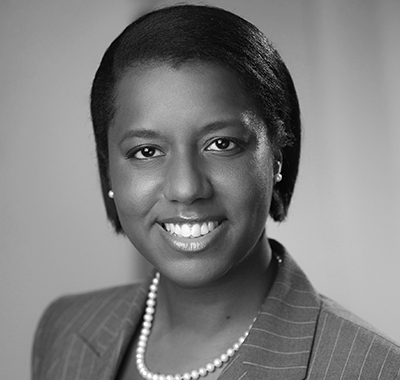 With 10 years’ experience of public service at the state and local level, Sophia James has helped guide significant initiatives and policies that address the coordination and efficiency of education and health services for children and families. Sophia currently works in the Office of Academic Policy and Systems at the New York City Department of Education, which is responsible for the development, implementation, and tracking of K-12 City & State academic policies, including NYC student promotion requirements and New York State graduation requirements. As the Deputy Director of Project Management, Sophia oversees the assessment management system, including coordination of multiple offices and implementation in the field. She works closely to coordinate the efforts of her team, including Product Developers and Product Managers, ensuring timely and professional collaboration with and delivery of products from the Division of Instructional and Information Technology (DIIT). Sophia worked prior in the Office of Early Childhood Education at the Archdiocese of New York, assisting in the implementation of curriculum, assessments, and professional development, and strengthening of school partnerships. She has also served as Chief of Staff to New York State Assembly Member Michaelle Solages, the first woman of Haitian descent to be elected to the State Assembly, and led Inner Force Tots, one of the largest single site early education agencies in New York City, as their Director of Community Affairs. She worked closely with the CEO to drive education policy and innovation, and collaborated with entities involved in state and local planning to better meet the needs of low-income children birth to school entry. She has worked with the Early Childhood Advisory Council at the New York State Council on Children & Families, focused on areas of policy planning and strategy development to address and improve management of critical services for children and families throughout New York State. In a 2008 Fellowship with the Center for Women in Government & Civil Society, Sophia recognized how policy can affect the lives of young people, and how it must be more responsive to their needs. She has also trained at the Women’s Campaign School at Yale University, a leadership program that seeks to increase the number and influence of women in elected and appointed office in the United States and around the globe. She has used these skills to assist in policy and campaign initiatives in New York State.

Sophia, a native New Yorker, has a Master of Science in Educational Psychology from the School of Education, State University at Albany. She is the founder of Education: Unplugged, a web platform for innovative programs and dialogue in education, as well as an open resource on education initiatives for young children. Sophia currently sits on the executive board of Phi Delta Kappa (NYU Chapter), an international organization for educators, and has received a citation for exemplary service to the community and state by Brooklyn Borough President Eric Adams. She is also an appointed member of Community Board 8 in Manhattan and former member of Community Education Council District 2 in Manhattan. Sophia participates in numerous emerging leader networks for women and education.