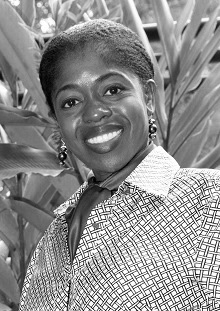 Dayanne Danier is the fashion designer behind the women’s contemporary ready to wear brand called Bien Abyé (means Well Dressed).The collection is a combination of French style with a Creole essence. The brand specializes in tailored silhouettes with unique feminine twists and strong attention to detail. The philosophy of Bien Abyé is to unveil a woman’s sophistication and confidence with every step she takes while embracing her lifestyle. Danier has presented the Bien Abyé collection in numerous cities throughout the United States. The line has been exhibited in fashion shows in Boston, New York, Washington DC, Atlanta, and Miami.

Before creating her own collection, Dayanne’s knowledge of the fashion industry extends over a decade. Danier grew up in Massachusetts and attended Massachusetts College of Art where she obtained a Bachelor Degree in Fine Arts with a concentration in Fashion Design. Her experience includes designing for major apparel companies in the US like Blauer Manufacturing, Perry Ellis International, and Phillips-Van Heusen.

While achieving career success with her expertise in the arts and fashion, Dayanne spends much of her time giving back to the community both in the United States and abroad. She is the founder of the non-profit organization Fleur De Vie (means Flower of Life) and she has served as a panelist for the New York organization called Power Play which caters to young women. Danier has also been the guest critic for Stephen’s College fashion department during reviews boards and is also a member of Fashion Group International.

For more information go to www.dayannedanier.com