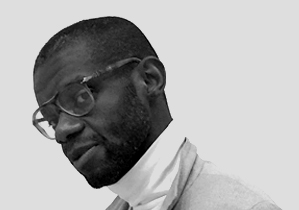 Born in Haiti on February 1, 1978, Victor Glemaud moved to the United States with his family at the age of three. Growing up in New York City, he studied fashion merchandising management at the Fashion Institute of Technology. After reading an article on designer Patrick Robinson and then passing him on the street, Victor approached him about an internship. He called Robinson once a week for six months until he got the internship, which led to a full-time design assistant position.

After graduating from FIT, Victor was hired as a publicist at KCD, the leading public relations agency for the fashion industry, where he worked for a wide array of labels including: Versace, Marc Jacobs, Gucci, YSL and Alexander McQueen. When Robinson took over as Artistic Director of Paco Rabanne in Paris, Victor went to work for his mentor.

As Studio Director at Paco Rabanne, Victor was responsible for the development of initial design concepts, global trend research and brand imaging. After two years in this position, Victor was inspired to start his own men’s wear collection which debuted in Paris in July 2006. Victor’s first collection of 25 pieces, which included shorts, high-waisted trousers, shirts, reworked vintage cardigans and a trench coat, was well received by both editors and buyers.