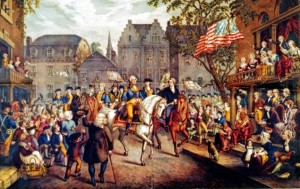 The historically influential and successful revolutions of Haiti, France and the United States are being examined together in the landmark “Revolution! – The Atlantic World Reborn” exhibit opening Friday at the New York Historical Society in Manhattan.

The U.S. debut of the only known surviving copy of the first printing of the Haitian Declaration of Independence and the original controversial British Stamp Act document, which last appeared in New York more than 240 years ago to rebellious reviews, are two of the many rare items on display.

On Saturday, the Haitian Roundtable organization and the Global Syndicate will co-sponsor Haiti Day at the society exhibit. For information on the Haiti Day event and discount admission, send email to haitianroundtable@gmail.com or call  (646) 405-4905 .